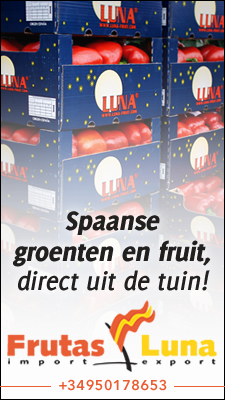 Ieder jaar verschijnt er een nieuw sociaal medium op de wereldmarkt, 2011 is hierbij een uitzondering. Nieuwe campagne van 2011 is Color: een bedrijf ‘waarin 41 miljoen dollar werd geïnvesteerd voor niks’, aldus David Berkowitz, VP van opkomende media met 360i, een digitaal marketing bedrijf. Ian Schafer, CEO van het digitale bedrijf Deep Focus zegt dat de bestaande sociale media zich ging uitbreiden in 2011.
De website mashable.com zette de 6 trens op een rijtje
1. Google +
The biggest news in social media marketing in 2011 was the introduction of Google+, Google's would-be competitor to Facebook. Google launched the social network in late June with a great deal of fanfare. In typical fashion, the launch started out as an invitation-only network and then admitted the general public in September.
Marketers didn't get to sign up for brand pages until late October, though, which may have been a tactical error on Google's part, hindering the network's growth and angering brands. At the moment, it's not clear what Google+'s advantages are over Facebook, except perhaps when it comes to SEO or Circles, a feature that marketers have yet to fully exploit. "Unlike Facebook, it makes it easy to talk to people according to their interests, instead of sending everything to everyone," says Robert Ray, president of Gyro, an ad agency in San Francisco. "This level of personalization helps change marketing from unwanted noise into more humanly relevant communication."
2. Facebook's Overhaul
The flurry of changes that Facebook announced at f8 in September were late to bloom, but finally went into effect in December. Going forward, though, marketers are going to have to completely change their strategies on the platform.
For instance, a "Like" isn't going to be as meaningful when you can turn any verb into a button thanks to Facebook Gestures. Meanwhile, Timeline is going to give marketers another crack at creating their brand pages. Those pages had better produce a stream of interesting content though, because if they don't, they're not going to make it into their fans' News Feeds.
3. Twitter's Ascendance
Twitter introduced some advertising platforms in 2010, but 2011 was the year that they became a mainstream social media channel. That maturation was reflected in the pricing for such ads.
When Promoted Trends launched in April 2010, for instance, they cost $25,000 to $30,000 a day. By June, though, Twitter was charging $120,000 for such placements and had worked with 500 advertisers on 6,000 campaigns. Twitter also opened sales offices in London and New York. It also became more of a vehicle for ad campaigns. Audi referenced a Twitter hashtag in its Super Bowl ad, for instance, and many others ran online and offline campaigns that encouraged tweeting.
4. Daily Deals Shakeout
At the beginning of 2011, it looked like Groupon was going to be the next Facebook. The company's owners had turned down a high-profile $6 billion offer from Google and competitors were emerging from every corner.
But during the year, Facebook killed off Deals, its would-be competitor to Groupon, and Yelp scaled back on its daily deals offerings. Groupon's IPO eventually turned out to be successful, at least at first. But in the words of David Berkowitz, VP of emerging media at 360i, "Ultimately there was the realization that it’s more about couponing 2.0 and not the next coming of commerce."
5. Augmented Reality Goes Mainstream
It's hard to get consumers to talk about your brand on social media via their mobile phones. That's because there's little opportunity to do so unless those consumers happen to be checking in to a location. In 2011, marketers discovered another way: augmented reality.
AR has been around for years, but in 2011, the technology got a big boost from Starbucks, which ran an AR campaign during the holiday season called Starbucks Cup Magic that let fans animate coffee cups with their smartphones. After they were done, consumers could share the experience on Facebook or just send an ecard to their friends.
6. Novelty Apps
Using apps to market your product is a relatively new idea. The first apps, like Kraft's iFood Assistant, were designed to be useful.
But by 2011, a lot of the new apps were intended to be jokes that you could pass along on social media. For instance, Jell-O's "Jiggle It" app, which shows a glistening Jell-O cube dancing to the song of your choice, doesn't perform a useful function, but has some pass-along value. The same goes for Geico, which released two joke apps this year, including the Caveman Photo Crasher app featuring photobombing Cavemen, and BroStache, which similated a mustache when you put your smartphone up to your face.